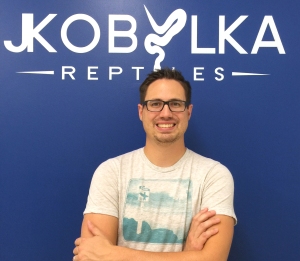 I’ve been thinking a lot lately… those who know me well know that’s not unusual. I love Ball Pythons and I love this business and its hard for me to watch the stuff that goes on without weighing in on it. There’s just no good way to do so on social media and lets face it, it’s the internet and everything turns into a fight.

So I’m going a different route. I’m writing a manifesto, this is what I believe about our industry (specifically BPs) and even more importantly, this is how I operate my business. JKR was founded with a certain set of principles. I did not have the perspective then that I have now, but my understanding of how the industry is and how it should be gets clearer every year.

This article will be six parts long and I’ll release each part separately, then combine into a whole.

My goal is not to denigrate what others do. That’s for you to decide. If you agree with what I write, I invite you to come along with me and create something special for all of us. If you don’t yet know what to think, I hope this inspires you. If you think I’m wrong, I hope its an entertaining read.

If you’re plugged in on Facebook, you likely see the almost weekly “market is dead” posts. (Usually FB comments actually because the people don’t have enough facts to put their thoughts into more than a couple sentences. Its more a sentiment.) I also get asked a lot if its still possible to “break into” the Ball Python industry.

Mostly I stay away from these topics because many would see my comments as self-serving and in the end, no amount of words will fix the reality these guys are feeling.

The truth is that the Ball Python is is quickly becoming a mature market. That means the wild west days of crazy numbers and limitless opportunity is mostly over… and that’s not a bad thing. It couldn’t possibly last forever.

An emerging market is where all the opportunity is, that’s true in EVERY industry. Whoever is in the earliest to the market creates and supplies the people and businesses who get swept up in the trend. The pioneers also have the opportunity to capitalize big time as demand grows exponentially faster than supply. With Ball Pythons it was a free-for-all of sorts. Almost everybody who could breed a Ball Python could sell that Ball Python, regardless of how inept the seller was or how subtle the morph or how bad the combo looked.

I wasn’t one of those earliest guys. I was their customer. When I invested 12 years ago many people where saying “the markets about to crash, don’t do it”, and I’ve heard that every year since then as well. Sure the market has changed, demand has gone down at times, but it has gone up as well. That’s what markets do. There may even be a “crash” at some point, (a market correction and a fantastic opportunity) but one thing that will not go away is people loving and collecting Ball Pythons. This is not a fluke, people love these beautiful animals for reasons that have nothing to do with the “market”.

The Ball Python industry is now a more mature market, with well established players who control marketshare. There are millions of dollars being spent in the US and all over the world on Ball Pythons both among breeders and in the retail arm. If you build a great business you can have a part of  the market and be a force for growth as well. But you will have to do something different. Do something better. Don’t think you can take someone’s established projects and customers away from them doing the exact same thing they are doing. You will need to have better looking snakes, better customer care, better advertising, you name it. Apple was a dying company desperately trying to steal marketshare from Microsoft before they decided to go their own way and turned out hits with the iPod and iPhone.

Market demand is still growing, but we have breeders who are not changing with the market.

These are the same people who complain that the market is dead.

Its much easier to fail now than it was 12 years ago. That’s what a mature market means. There is still a ton of opportunity – the money is being spent, but others are getting it. They are doing something right. If you’re serious about Ball Pythons as a business, what will you do right? What will you do better? Most importantly, what will you do differently?

For those who dare to do things the right way, forge their own path, and run a business with integrity, Ball Python market is ALIVE!